Questions and Answers in the Google+ Community "RDA Cataloging"

Publication etc., dates (MARC21 264). These conventions do not apply to serials or integrating resources (temporary data not recorded in this field).

Temporary date. If a portion of a date is temporary, enclose the portion in angle brackets.

Permanent date. If an entire date is judged to be permanent, record it without angle brackets. 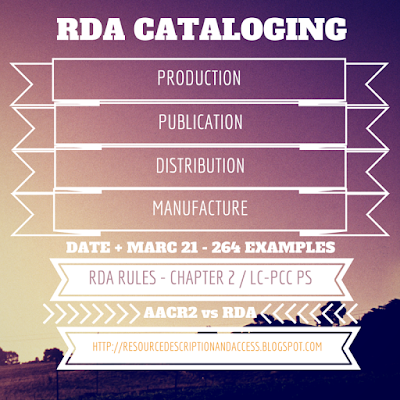 - August 26, 2013
Resource Description and Access ( RDA ) is a standard for cataloguing that provides instructions and guidelines on formulating data for resource description and discovery. Intended for use by libraries and other cultural organizations such as museums and archives, RDA is the successor to the Anglo-American Cataloguing Rules, Second Edition (AACR2), the current cataloging standard set for English language libraries. RDA was initially released in June 2010. In March 2012, the Library of Congress announced it will have fully implemented RDA cataloging by March 31, 2013. Several other national libraries including the British Library, Library and Archives Canada, National Library of Australia, and Deutsche Nationalbibliothek also planned to implement RDA in 2013. Background RDA emerged from the International Conference on the Principles & Future Development of AACR held in Toronto in 1997. It was quickly realised that substantial revision of AACR2 was required, which
Read more

Title and Statement of Responsibility in RDA with MARC 21 Examples 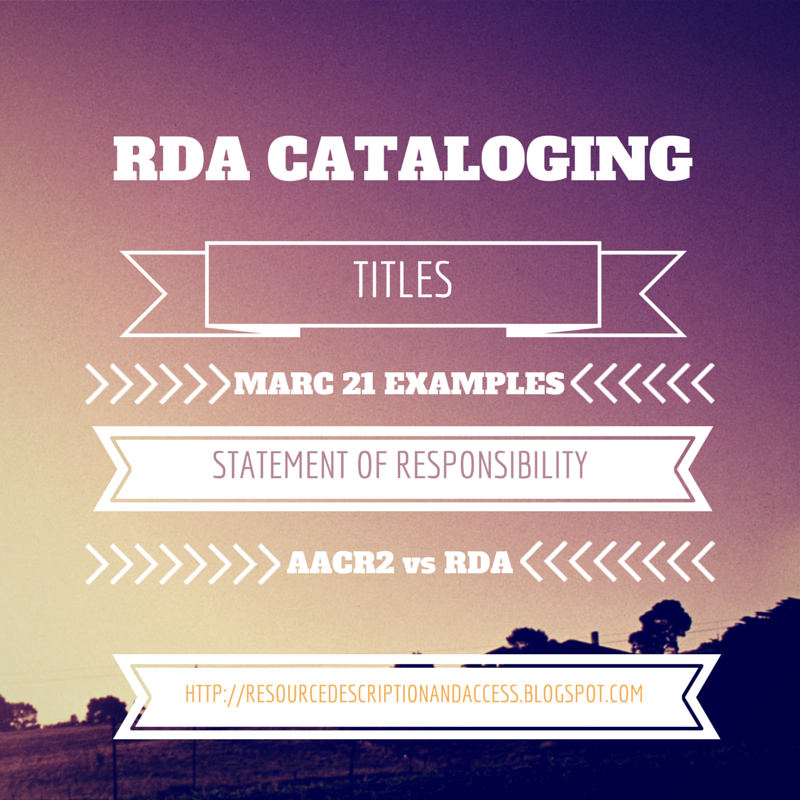